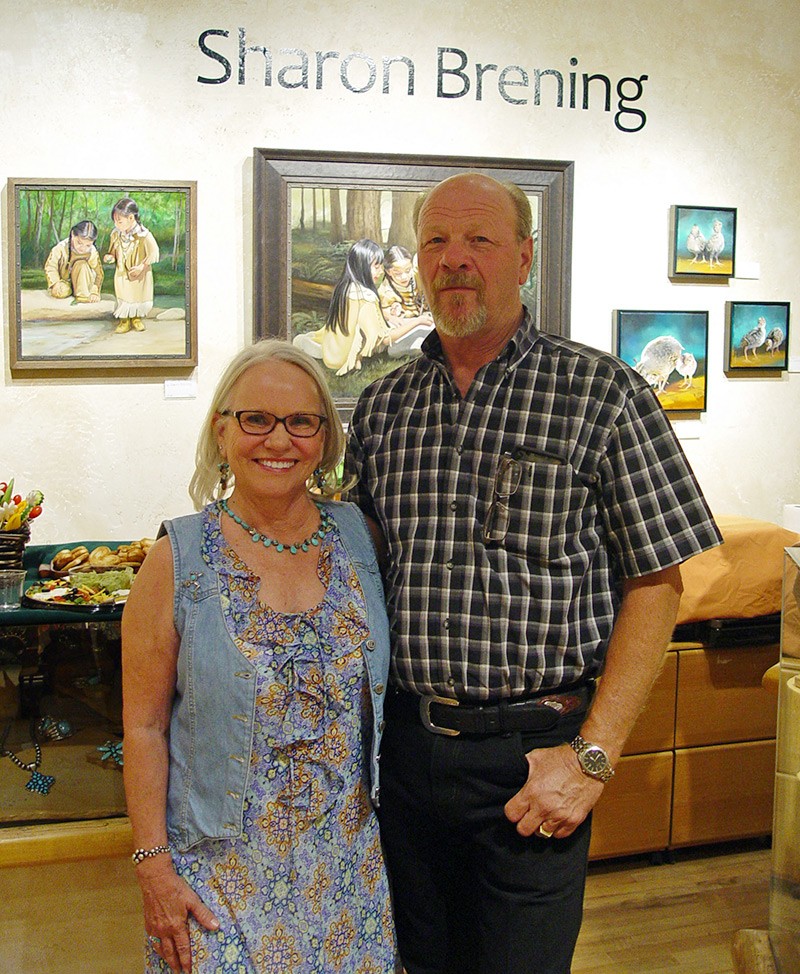 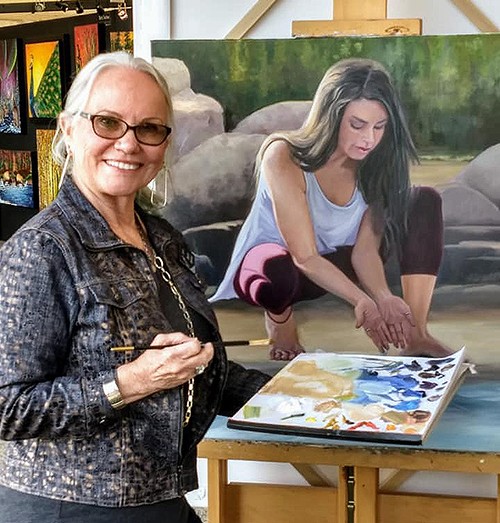 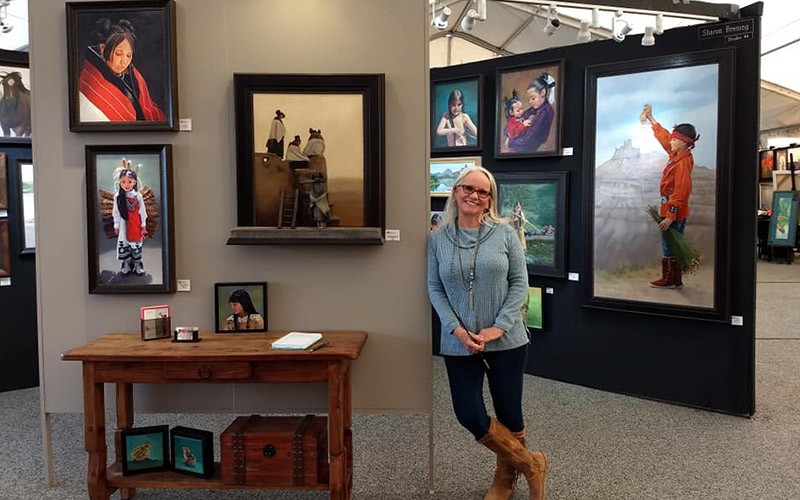 “I am a traditional realist painter, painting in layers and glazing as the old masters did. With all the new painting and media products out today, I find myself immersed in learning how to use these and add different techniques to my artwork .Each new day I am inspired by the beauty we are surrounded with to paint my stories and share with others.”
— Sharon Moon Brening

My story and where my artwork has taken me…

Sharon Brening became the first woman to win the prestigious gold medal award for oil painting at the Annual Western Artists of America Show and Sale in Texas. It is an honor that many of her long-time collectors could have predicted given the exquisite vision and skill she brings to her paintings.

Sharon’s artistic path began when she was only a child herself and her family relocated to Arizona. The beauty of the land had a hold on them all and her photographer father would lead them on trips through Monument Valley, Canyon de Chelly, the Grand Canyon, to trading posts and many other places. In Indian Country she watched him respectfully photograph babies in their cradleboards, saw old wooden wagons with automobile tires drawn by horses or mules; she didn’t understand it all at that age, the meaning that goes into a life existence, like the three-tier velveteen skirt that represents the three phases of a woman’s life: the bottom panel for infancy, the middle one for adult years and the top part for her elder years. Sharon was brought up with great respect for the traditional Native American customs.

At the age of ten Sharon’s mother enrolled her in a watercolor class and, from then on, she could be found drawing and painting almost daily. One of her earliest watercolors, of a little Indian girl with a pot on her head, hangs in her studio today as a reminder where she started.

Today, Sharon takes off on journeys back to Navajo land, Hopi or to pueblos and villages in New Mexico with the encouragement of her own family. She has formed lasting friendships with many of the families whose children she paints portraits of; some of whose portraits she has painted over and over throughout the years. Each portrait sold helps compensate the family as well.

The Pearce Western Art Museum in Corsicana, Texas purchased Sharon’s painting ‘Wrestling With Innocence’ to hang in their permanent collection. She was also invited to share her work with a solo exhibition at the museum. This past year her painting ‘Mae’triarch’s Hozho’ was purchased to hang in Scottsdale, Arizona’s Museum of the West.